The Founder of Pushpgiri Teerth

Indian culture has two streams, i.e Shraman and Vedic, but while defining them A. Shastri, an honorable scholar writes: “Muni word is related with knowledge, Tapa, Vairagya like emotions but Acharya Pushpadant Sagar is a saint who drinks Meditation, distributes knowledge and he walks through his path over the edge of 28 fundamental character but still service of mankind is motto of his life. He has founded Pushpgiri Tirth to make his dream aim true. Where the 25 planning are taking shape for the service of mankind. Such a great saint is born on 1st January when the sun was rising at the home of Shri Komalchand Jain and Shrimati Mathuradevi Jain. They were living at Gondiya (Mahashtva).”

He was named Sushil by his parents. It was a big family and lake of financial resources were there so they left Gondia and settled at Chhatarpur but all in vain still facts did not help them. They had to face economic crises there too. As a result a child Sushil did not have a childhood but it turned into a professional phase. He was a wise, clever and tolerant since his childhood as it shows his name “Sushil”. He had education with problems, lake of resources but completed it. He was active in all his college activities and graduated with P.S.C. also. But lines of his palms were showing him to attain the heights of Addhyatma (spirituality). This came true when he received the chance to feed Adhyatma Yogi Saint Shiromani Acharya Vidyasagarji Maharaj in 1978. As a result of the love and vairagya of Acharya Vidyasagarji Maharaj, he had made-up his mind to predeceases him. His mother was a religious lady so she admitted his vairagya emotions.

Shree Sushil took seven months Brahmacharya vrit and he had a great honor to Acharya Vidya sagar also had a great passion towards the Adhyatma. He was rewarded Kshullak diksha in November 1978 and Alak Diksha in 1980 at Nainagiri (M.P.). But he had an aim to achieve Pancha Mahavrit in his life. His emotions were so strong that he received a darshan of Acharya Vimalsagarji Maharaj. Now Acharya Vimalsagarji Maharaj has seen some great qualities in Alak Ksheersagar (Now Pushpdant Sagar) through his “Man Paryay knowledge” and thought him as a Muni. So just after 16 days of Alak Diksha he rewarded him Muni Diksha and a named as “Pushpdant Sagar”. Although he was younger in age but while knowing his thorough knowledge and deep experience, personality which was showing him a true predecessor of fourth samkalin saint Shiromani Acharya Shree Vidyasagarji Maharaj. His simple and gentle language was feeling the ocean into a jar and had a deep effect through the hearts of the villagers of native people, as a result, other than Jains were also calling him the Vidyasagar of Chattisgarh. His knowledge is a mobile encyclopedia or a dictionary. His smiling face and deep knowledge can satisfy any person’s curiosity within a minute. While seeing his Sanyam (Tolerance), Sadhna (efforts) and his love to the young generation he was awarded Acharya post (1985) at Gommat Giri Indore by Vimalsagarji Maharaj.

“History repeats itself” is a true proverb. History is being repeated, many centuries ago two Munis had taken Diksha by their Acharyas i.e. Pushpdant Sagar and Bhoot Bali. After a short time Bhootbali turned towards the south and Pushpadant Sagar turned towards the north. Bhootbali remained alone but Pushpdant Sagar wrote a great and first Mahagranth “Dhaval Jai Dhaval”. The events repeated in a same manner, at present age and Pushpadant Sagar Maharaja wrote 250-300 books i.e.

He travelled (he does use vehicle but walks long way) along way throughMadhya Praddesh,Uttar Pradesh,Rajasthan, Delhi, Bengal and Maharashtra. Acharya Pushpadant sagarji Maharj has spread the nectar of his wordings which has fulfilled the thirst of spiritualism of millions of people. His Sadhana  has created a long range of stars who created “lagnesh” in the horoscope of generate people like sun, moon, Jupiter etc. and prospered their life. First star is Muni Shree Tarun Sagarji Maharaj, who received Jaineshwary Diksha at Bagidaura (Rajasthan). Krantikari Saint Rashtriya Saint Munishri Tarunsagarji Maharaja is the only saint who has received the honor being of “State guest” of Madhya Pradesh and Maharashtra Govt. in the Jain History. Other stars are Munishri Pragya Sagarji, Muni Shri Prasanna Sagarji, Muni Shri Arun Sagarji, Muni Shri Prabhudh Sagarji (Samadhist) alongwith Prashrayshri Kshullika is born.

To give a new height to the birth place of Acharyashree Muni Prabhava Sagar is born. To conquer ocean from Mumbai Muni Shri Pranat Sagar is born at Mumbai. Partapur soil gave birth to a Muni who was not a Jain and was a self conducted person he was there just to take samadhi and made it, he was Sugupti Sagar who was a cowboy, one grazed camel for a long time. 18 Munis have received ‘Jain Diksha’ by the pure and honorable hands of Acharya Shri Pushpdant Sagarji Maharaj in which Shri Sugupti Sagar and Shri Prabudha shook hands with death as their “Prans” dissolved in the great ocean of the energy of the God means they went to the heaven abroad. Kshullika Dikshas were received by the pure lotus like hands of Acharyashree, are Padamashree, Prashrayshree, Paragshree, Palakshree, Prakharshree and as a Kshullak like rising stars Shri Pragalbha Sagar, Shri Pravesh Sagar, Shri Prayoga Sagar, Shri Pratyaksh Sagar, Shri Pratindra Sagar.

Acharyashree has given birth to a number of Munis as light houses for the common people who are laid towards the Moksha as they would be able to pass their ways without any obstacle in their ways. He has also enlighten the cities by these stars for everyone. That is why these Saints Munis are working as light houses for public and making their way feasible towards the Moksha (salvation). 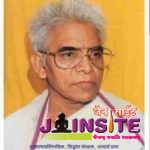 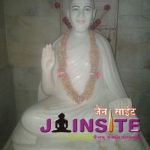 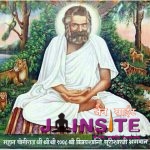 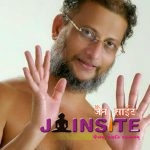 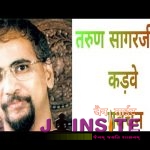