The key to our good future lies in good conduct, honesty and hard work. There is no substitute for plain old-fashioned hard work. And there is nothing that can be achieved without focus, a sense of direction and lots of hard work.

So the first thing we need to know about Jainism is that Jainism the religion of the Shramanas – those who rely on themselves are called Shramanas.

Jainism is a religion like many others and has its own Deva – Shastra – Guru, its own history and its traditions, rituals festivals.

But one thing underlies all aspects and facets of the Jain religion.
And that is : Self Reliance

Jains believe that there were enlightened teachers, who taught the Jain religion to the masses. We call them the Jinas.

What was special about them was that they were men, just like us. They earned great merits by carrying out various penances, realised the truth of life by thinking about their souls and attained immense wisdom by their thoughtful and kind-hearted approach to all living beings around them.

This realisation of truth did not dawn on them suddenly one day. They put in a great deal of hard work and focused effort in order to attain this truth. They realised that we are unhappy because we rely on others for our needs.

For instance, we rely on our mothers to cook food for us, feed us, drive us to school, etc.

We not rely on our parents to pay our school fees, buy us things, take us out, take us shopping, etc.

We rely on our parents to give us pocket money.

And we rely on our friends to spend time with us when we want to play, and to leave us alone when we need to study or wish to do something without them.

If we think about it, we will find that we constantly rely on others to provide us with happiness.

And this is the cause of our unhappiness.

For other people do not work according to our wishes. They have their own wishes and desires.

Sometimes, we may see things in a certain manner. Others may not agree with our opinion.

Sometimes, when we play with friends, we may want to play a certain game. But maybe the other children do not wish to play that game. Or they may not wish to carry out whatever fun activity that we would like to do.

What do we do then?

As you know, there is no one answer that works for everyone all the time. We are all different people and hence have different abilities, skills and levels of intelligence.

But it would be helpful if a person caught in a situation, where he/she did not wish to be part of what their group was doing, or could not get his/her friends to be a part of what he/she wanted to do, to:

Find something else to do. Either by himself/herself or with other willing friends.

You will find that when you become independent, quarrels are avoided.

Our gods, the Jinas, took this idea further and gave up all life”s tangles and became monks. They led simple lives in the forest, without any attachment. They spent their time trying to reason things out, trying to understand the reality of life.

They did this by either seating themselves or standing in an unmoving posture, focusing on their inner being.

They remained calm and quiet, looking inwards into their own selves.

They tried to separate the base emotions – anger, pride, deceit and greed from their self.

It did not happen overnight. But gradually, as they remained focused on their true selves, they found that external relations do not matter to those who wish to find lasting peace.

So they remained looking inwards, wandering in the forest, conducting themselves in a calm and gentle manner.

They did not let any natural circumstances, like heat, cold, rainfall, etc. disturb them.

Nor did they allow any act by men, women or children, or animals and insects, to upset them.

They remained serene, focusing always on the true inner self.

Their calm devotion and gentle manner won them great and lasting peace.

They conquered their real enemies, which are :
anger, pride, deceit and greed

They achieved this since they relied on themselves. They did everything on their own. Each step they took was calm and well-reasoned.

Nothing was done out of anxiety and fear.

They were brave and wise. They carefully thought about things before making up their minds about it.

And they never moved away from the path of truth.

They remained always truthful and honest, brave and fearless, calm and reasoned.

They knew that only a calm mind is capable of deep thinking. And that a mind burning with anger, ego, deceit and greed would never be able to think things through in a sensible manner.

So the Jinas observed silence for long periods, ate and drank very little and seldom allowed themselves to be distracted.

Instead, they focused on their inner being, called the soul, and found the greatest happiness of all – freedom.

They could only attain this lasting freedom by achieving complete self-reliance.

When we pray to the Jinas, we pay our respect to them and encourage ourselves to become like them.

Hence, we too, should attempt to become honest, truthful and self-reliant. 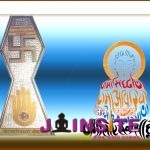 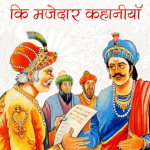 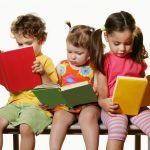 A TO Z Thoghts