Kalikalsarvagna Hemchandracharya made extraordinary contribution for a long spell of seven decades to varied fields like poetry and grammar, history and puran, yoga and spiritual knowledge, lexicon and poetics, renunciation and penance, self-restraint and self-discipline and the state welfare and popular welfare. During the last 1000 years, there is no other personality that can match his saintliness and literary output.
This son of Chachdev and Pahini of Dhandhuka in Saurashtra, gave indications of his brilliance from his very early childhood. Acharya Shri Devchandrasuri, scholar of many scriptures and author of numerous books happened to have his stay in Dhandhuka. Pahini, the mother along with her 5 year old son Chang came there to offer their respects. At this time Shri Devchandrasuriji had gone to a temple for worship. Of his own accord Chang went up and occupied a seat. As Shri Devchandrasuri returned from the temple he saw this sight. Seeing his unperturbed facial expression and innate aptitude, Shri Devchandrasuri told Pahini: “This son of yours shall become a prominent saint in future and shall devote himself to public welfare.”
Devchandrasuri along with the prominent persons of the sangh, came to Pahini’s house. Pahini was extemely happy at this great fortune and handed over Chang, his son to the Guru. He was named Muni Somchandra. There is a legend about his being named Acharya Hemchandra. Dhanad Sheth, a prominent merchant of Patan, requested Somchandra Muni to come to his residence for alms (gochari). Dhanad Sheth managed to get Somchandra Muni seated on the heap of carbon-black gold coins and they acquired golden lustre. Thereupon Dhanad Sheth requested his Gurudev to name Somchandra Muni as Acharya Hemchandra.
Hemchandra’s reputation had reached to the court of Siddharaj, the king of Gujarat. Siddharaj requested him to write a grammar superior to that of Bhoj. Within a year Hemchandracharya wrote an exhaustive volume of grammar entitled ‘Siddhahemcha- ndrashabdanushasan’ containing one lakh and twenty-five thousand shlokas covering the grammar of Prakrit and Apabhramsha languages as well. A copy of this grammar was placed on an elephant and a procession was carried out through the city of Patan with great pomp. It was for the first time in Gujarat that ‘learning’ had been honoured on such a grand scale. Since then no scholar has written such grammar in these 800 years. Briefly known as ‘Siddhhem’, the book of grammar was read in the court and besides India, the copies were sent to Nepal, Sri Lanka, Iran and such other far-off countries. Siddharaj had no progeny and Hemchandracharya had made a prophecy that Kumarpal will succeed Siddharaj. But Siddaraj had great enmity against Kumarpal. Once Kumarpal went incognito to see Hemchandracharya in Cambay (Khambhat) and as the soldiers arrived Hemchandracharya managed to hide him to save his life.
In accordance with the desire of his Guru, he wrote numerous books; as many as 700 scribes used to prepare copies thereof which were sent throughout the country. After a very long life of 84 years, Hemchandracharya passed away in Patan in 1173 CE. In his passing away, the world lost a great scholar.
Reference
1. Glory of Jainism by Kumarpal Desai 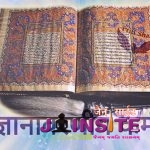 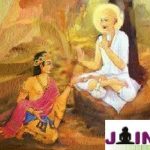 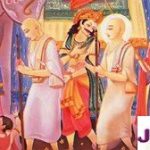 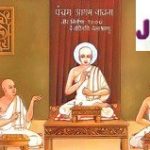 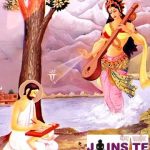