Tirth: It is in Khetarvasi in Patan.

Historicity: The city of Patan was established in V.S.802 and was the capital of Chavda kings who ruled Patan. They were Jains and built many temples in Patan which are famous even today. Then came the Chalukya dynasty with many great kings like Sidhraj and Maharaja Kumarpal. Jainism flourished during this period. But the city was destroyed by Muslim invasion in V.S.1356 by Malik Gaffoor, the senapati of Alauddin.  Most of the temples built by many great kings and their ministers were destroyed during this invasion. The temple of Mahadeva Parshvanath is in Mahadev ki Sheri in Khetarvasi in Patan.  The idol of Mahadeva Parshvanath is very ancient, captivating and very beautiful. The antiquity of the temple is not known. A flag is hoisted on the 10th day of the bright half of the month of Vaisakhi every year. 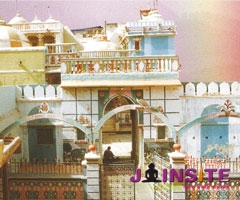 Other Temples: There are many temples here.

In this Jinalaya with three garbhgruhas, a 21-inch idol of Shri Mahadeva Parshvanath is as mulnayak (main God). There is a nice chhatra (shelter in shape of an umbrella). In garbhgruhas on either side there are idols of Shri Neminath and Shri Vasupujya. Here there are five marble idols and 29 idols of metal.

Though small, the rangmandap is attractive. The patts of Shatrunjay and Girnar, colour-work on the walls, the huge mirrors and marble designs on the floor add to the grace of the Jinalaya, in one niche there are padikas (impression of the feet in stone worshipped as foot-print of god or religious guide) of Munishri Kirtivijayji and Manishri Manikyavijayji. The year inscribed on the padukas is V. S. 1892. 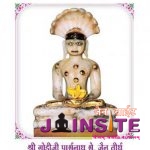 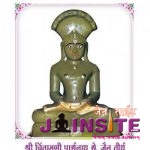 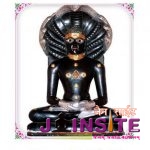 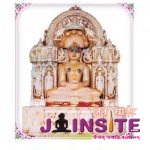 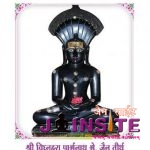