The Satrunjay Mahatirth, Palitana temples are considered the most sacred pilgrimage place (tirtha) by the Jain community. There are more than1300 temples located on the Shatrunjaya hills, exquisitely carved in marble. The main temple on top of the hill, is dedicated to 1st tirthankar lordAdinath (Rishabdeva).

PRESIDING DEITY AND LOCATION :
Sri Adishwar Bhagwan in serene quietude of beauty, of white color, seated in a lotus posture and of height 2.16 meters located in a mountain shrine, 6 Kms away from the town of Palitana (ancient name of Padaliptapur) on the bank of river Shetrunji. The ascent to the top of the mountain where the shrines are located is about 4 Kms (Shve). 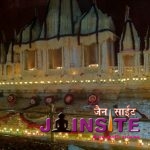 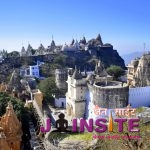 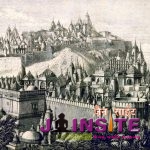